Do you wish to become a professional or buy the best coffee machine for your company? Talk to us!

Fill in the remaining fields, marked in red, and resubmit.

Talk to us
The data entered in this form will be processed by Nestlé Portugal, Unipessoal, Lda., Alexandre Herculano nº8, 2799-554 Linda-a-Velha, with the sole purpose of processing your contact. You can access, rectify, change or delete your data at any time through the indicated address or through the customer service line 800 200 170 (free call). For more information, consult our Privacy Policy.

The BUONDI Surf Sessions returned to the Portuguese beaches and invited children and adults with motor, visual or cognitive disabilities for adapted surf lessons, held on 11 September in Matosinhos, and 18 September in Carcavelos. These sessions once again highlighted the extraordinary social inclusion project that is SURFaddict - Portuguese Adapted Surfing Association, with which BUONDI has had ties since 2016.

Without borders, the BUONDI Surf Sessions surf therapy was extended to a partnership with the SOMA - Surfers Proud of African Women project in 2021. For Francisca Sequeira, Portuguese founder of SOMA, this partnership with BUONDI "will contribute to female empowerment and the fight against early pregnancy, school dropout and gender inequality, supporting the biannual surf therapy programmes for 30 girls which include surfing lessons, supervised study sessions, English classes, sessions with a psychologist, family planning, hygiene and basic health care."

With a focus on social impact, BUONDI thus continues to encourage physical and mental well-being through surfing, which has been part of its DNA since the creation of the brand.

In this sense this 7th edition also promotes a "Surfing Solidarity Day" with the participation of surf schools from north to south of the country, in which part of the revenue from all the lessons purchased reverts to SOMA - Surfers Proud of African Women and SURFaddict - Portuguese Adapted Surfing Association.

Schools participating in the solidarity day of the BOUNDI Surf Sessions: 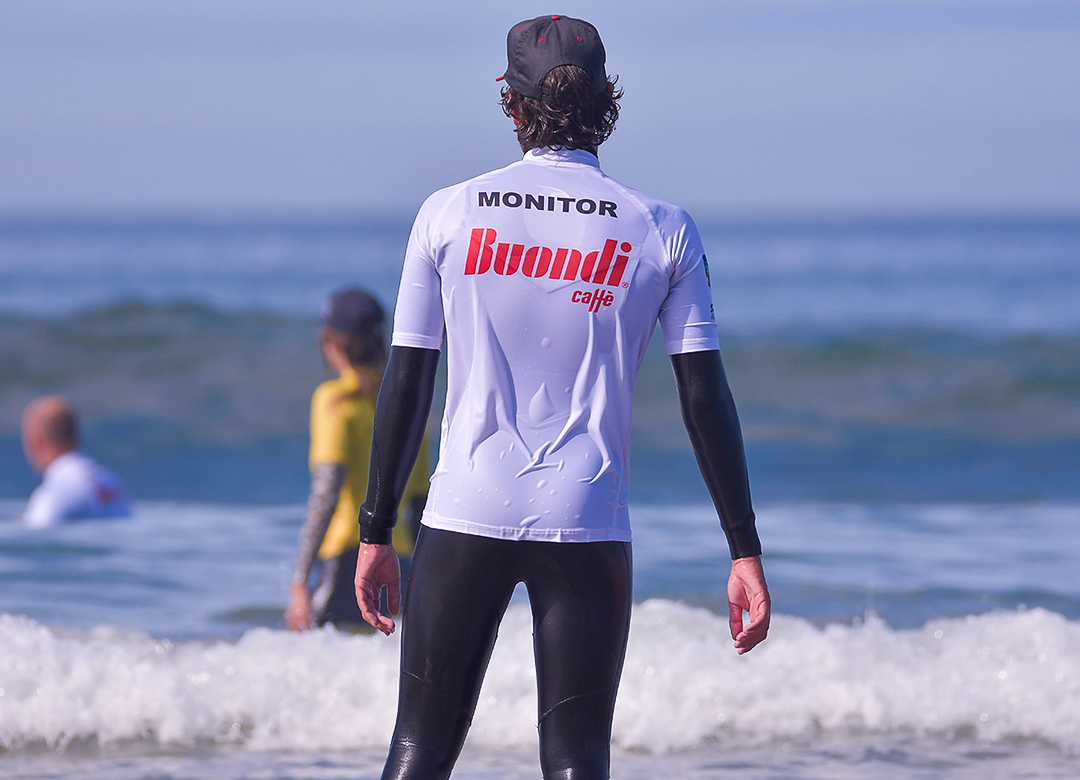 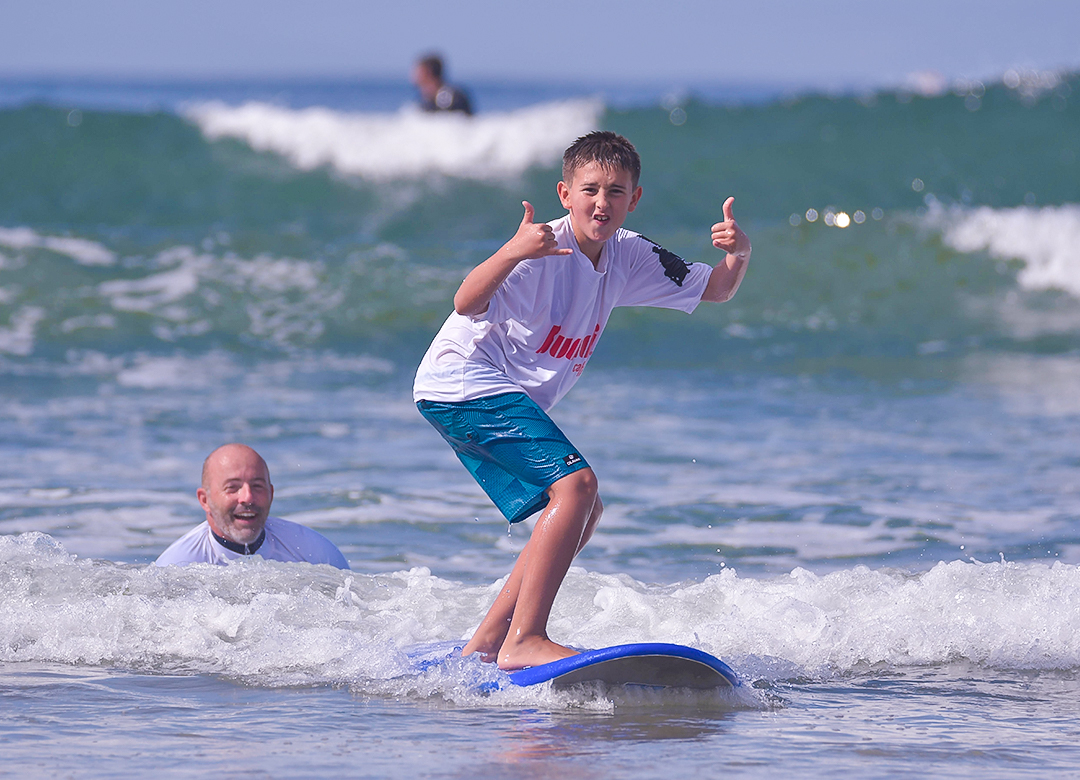 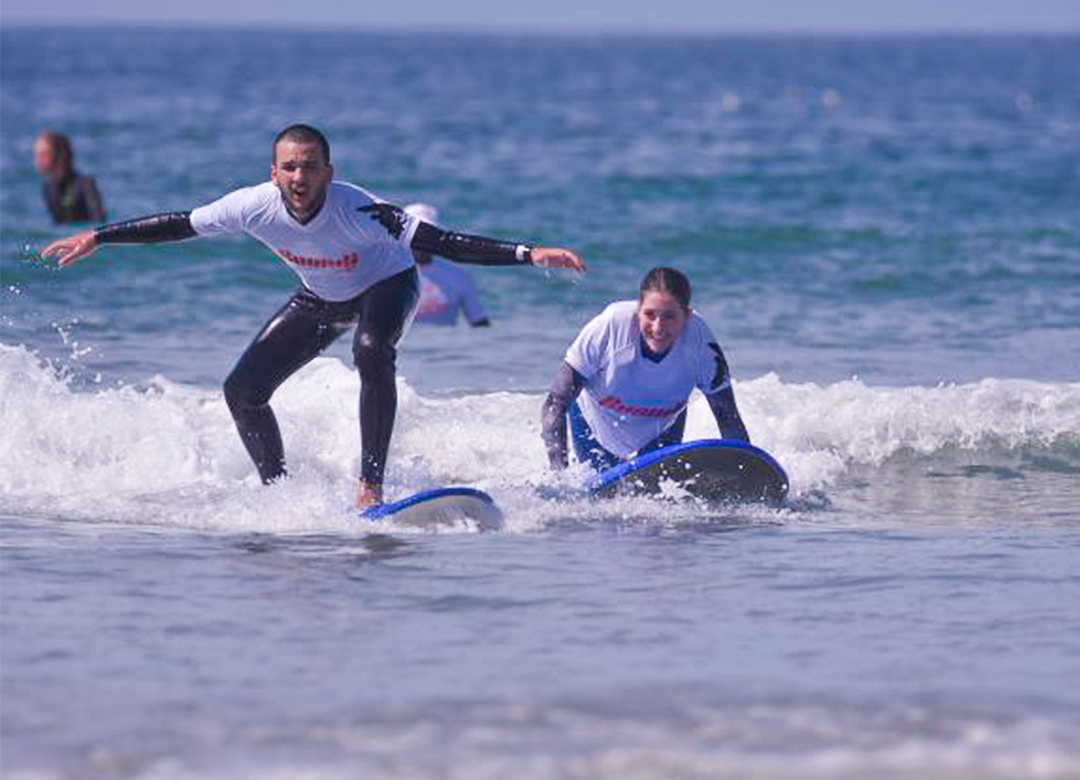 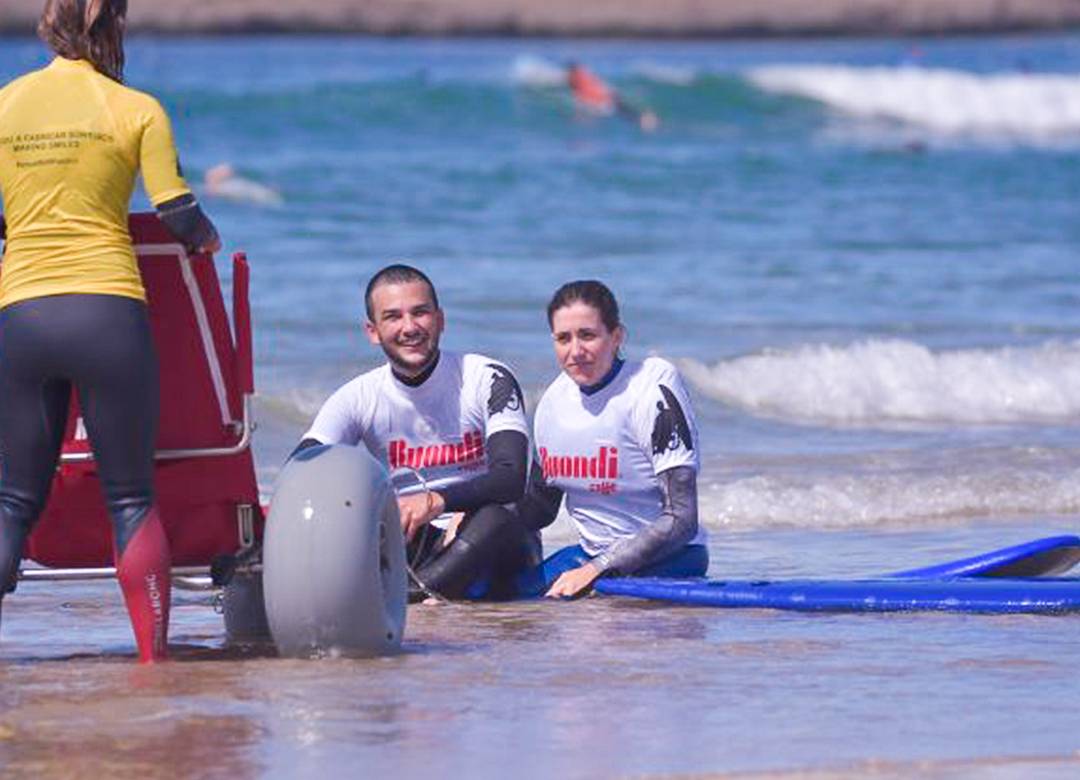 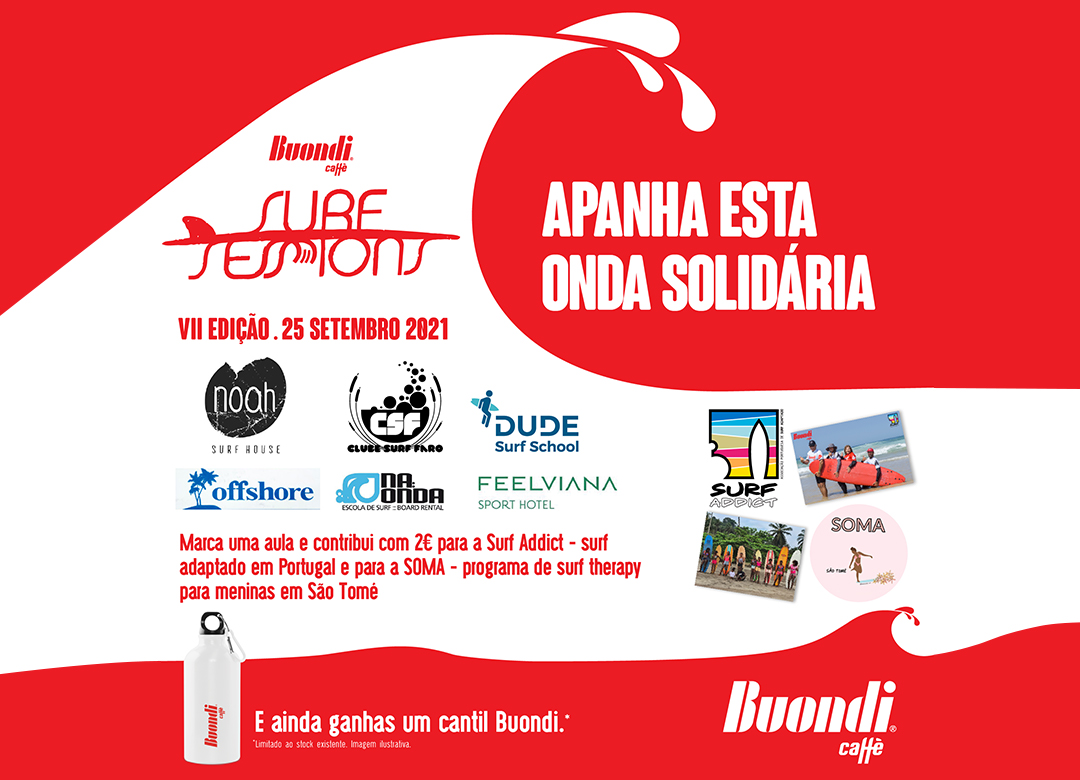 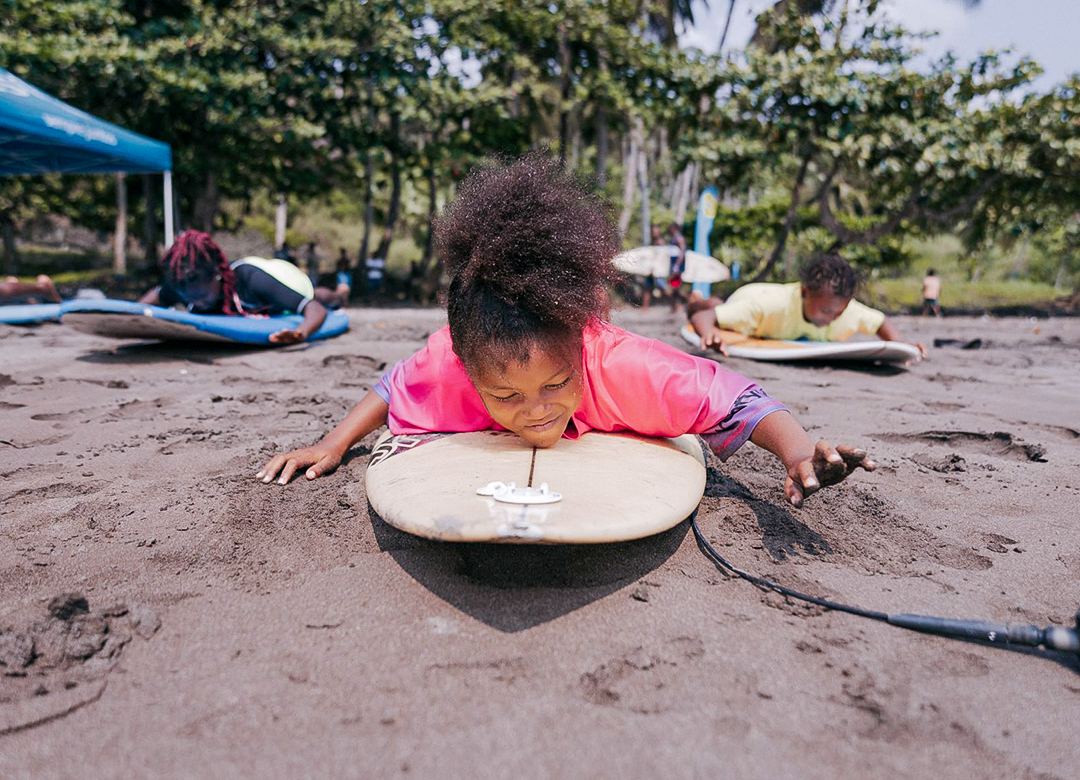 BUONDI's outdoor tables and chairs contribute to the commitment to sustainability by being made of 100% recyclable plastic and already incorporating more than 50% recycled plastic.

Currently, Nestlé Portugal's coffee factory located in Porto, already guarantees over 89% of its brands' coffee production through sustainable cultivation (after ending 2019 at 77%).

BUONDI intends to continue to have a proactive and pedagogical role in this field, accelerating as much as possible and on concrete issues, solutions that are environmentally and socially sustainable and responsible

Parasols that make the air cleaner

BUONDI parasols are the product of a partnership with Ezpeleta and Pureti. Made of sprayed fabric using Pureti technology, these terrace sunshades make the air cleaner through the action of the sunlight and water vapour.

BUONDI has just launched new packaging designed to be recycled. BUONDI Prestige, in 1kg packs – intended for professional clients – is the first to be provided in packaging material made of 100% recyclable plastic for disposal in the yellow recycling bins.

BUONDI Surf Sessions have returned to the Portuguese beaches. The 6th edition is here, this time with the grand debut of the first sustainable eco boards adapted to special needs.

The Ecomobile, developed by BUONDI, followed all the brand's events held on the beaches.

The Official Coffee of the National Surfing Team

BUONDI has a strong identification with the lifestyle associated with surfing. A relaxed way of life, with respect for people and the planet. 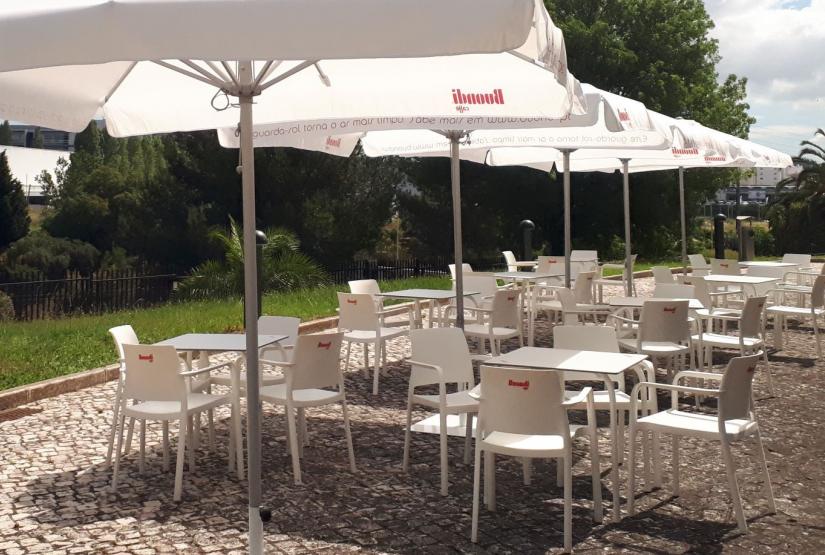 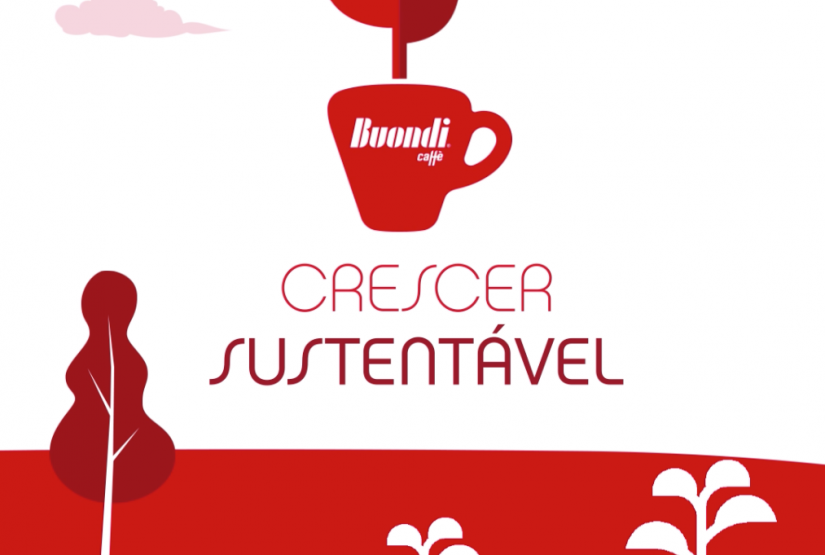 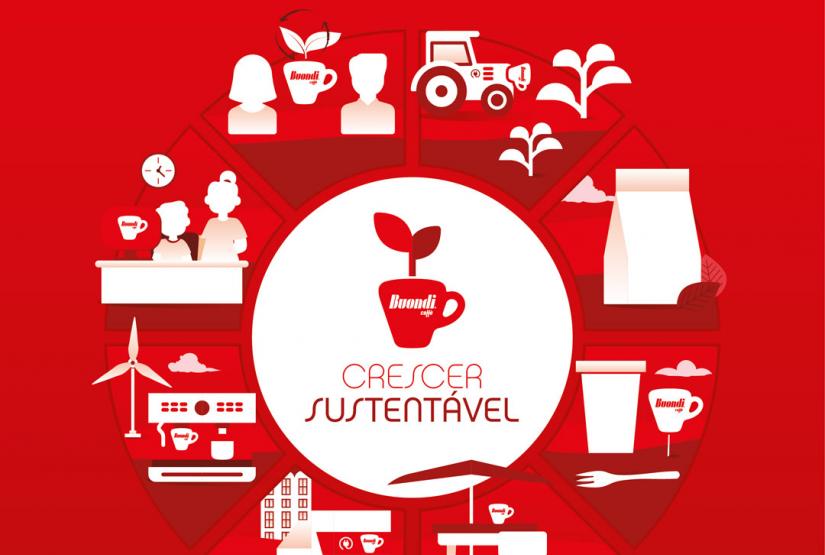 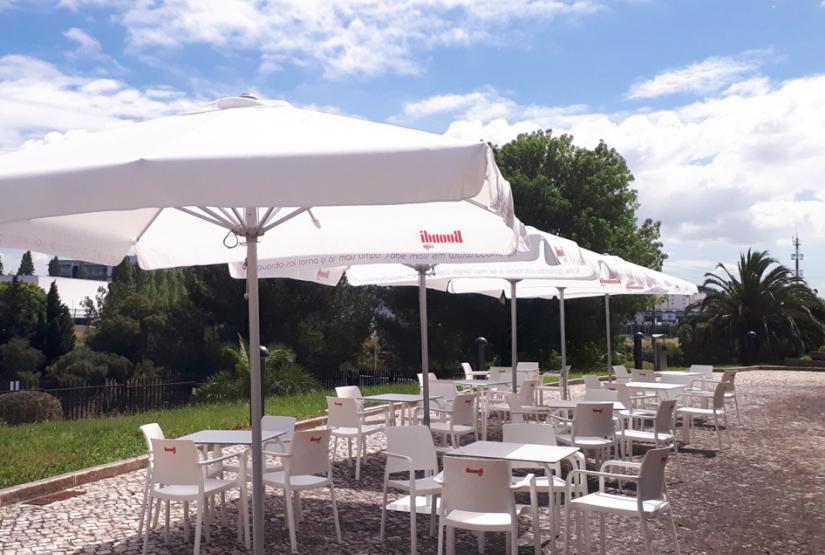 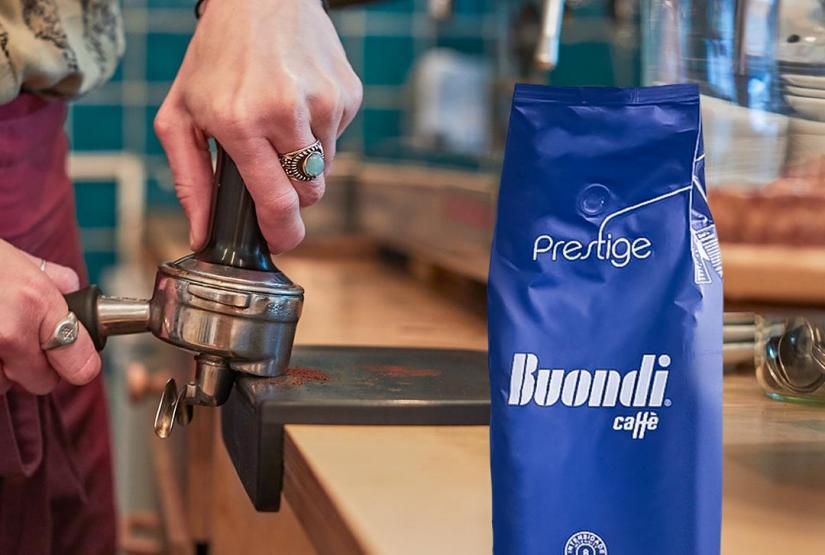 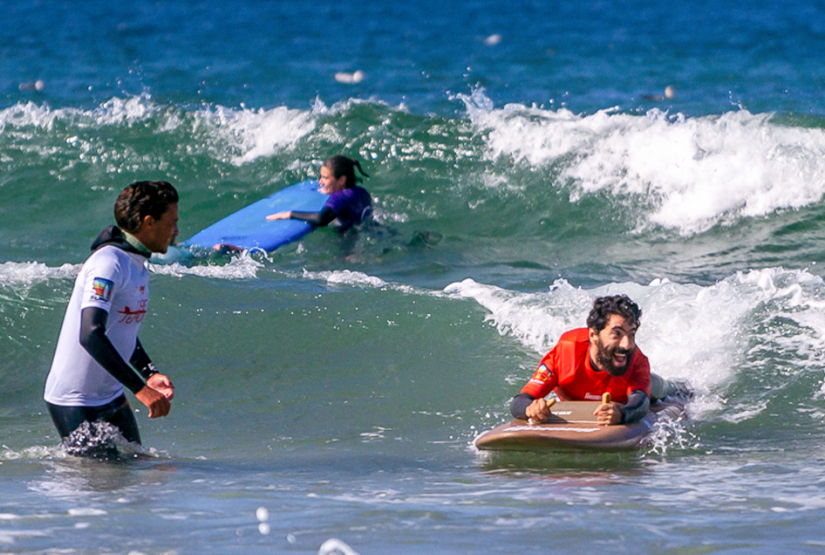 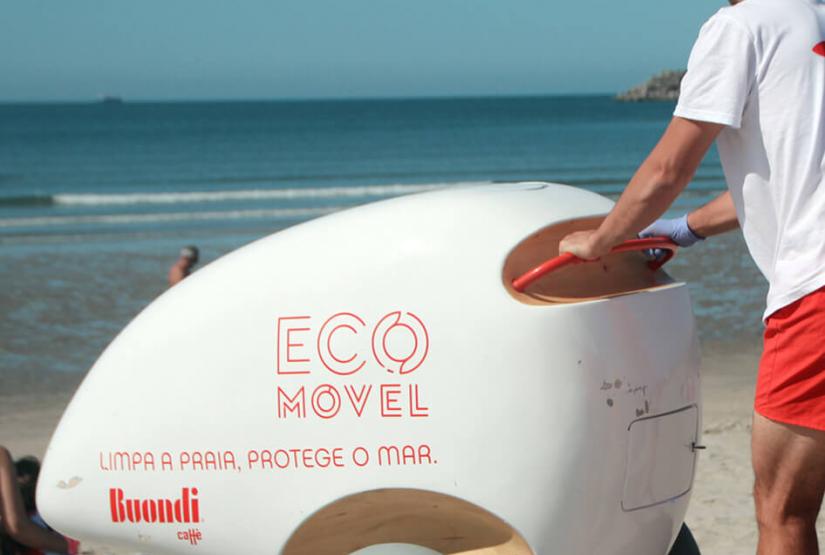 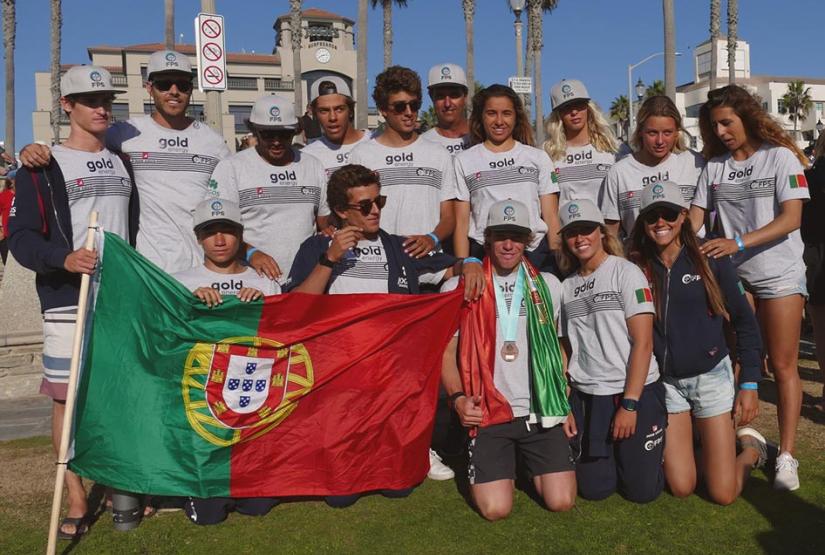